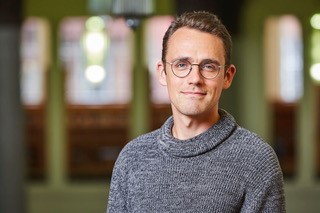 Dr. Daniel MARWECKI is a lecturer at the Department of Politics and Public Administration. His research interests include German and European foreign policy, so far with a focus on the Middle East and North Africa. On a more abstract level, he is interested in the historical sociology of international relations, especially with regards to the question of how countries of the ‘global south’ have adapted to the expansion of capitalist modernity from ‘the West’.
Dr. MARWECKI received his PhD from SOAS, University of London in 2018. Afterwards, he worked first as a guest lecturer at the University of Leipzig in Germany, to then teach at both the University of Leeds as well as SOAS during the 2019/20 academic year.
Whilst teaching, Dr. MARWECKI turned his PhD on German-Israeli relations into a book, now available with Hurst Publishers. MARWECKI has been awarded prestigious scholarships in Germany for his studies and research.