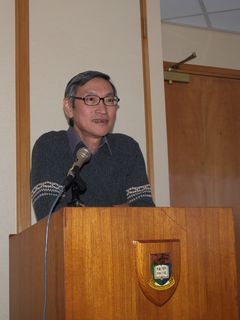 Adjunct Professor: After graduation from the University of Hong Kong with a First Class Honours, Mr. Lai started working in the Hong Kong Government as an Administrative Officer. In 1995, he was promoted to the Secretary, Government Secretariat rank – the highest rank of the Administrative Service. He remained in that capacity across the changeover to Chinese sovereignty and was appointed the first Secretary for Security of the Hong Kong Special Administrative Region Government on 1 July 1997, and left the civil service one year after. Retired from the Government, he stayed in Australia but served as a Fellow of the Asia Research Centre of Murdoch University. He returned to Hong Kong in 2005 and served as an advisor to the Bauhinia Foundation Research Centre. Since then he has been active in the activities of the Centre, including spearheading two major public policy research projects, on governance and civic engagement in Hong Kong, and on the implications of the One Way Permit System on the future population of Hong Kong .